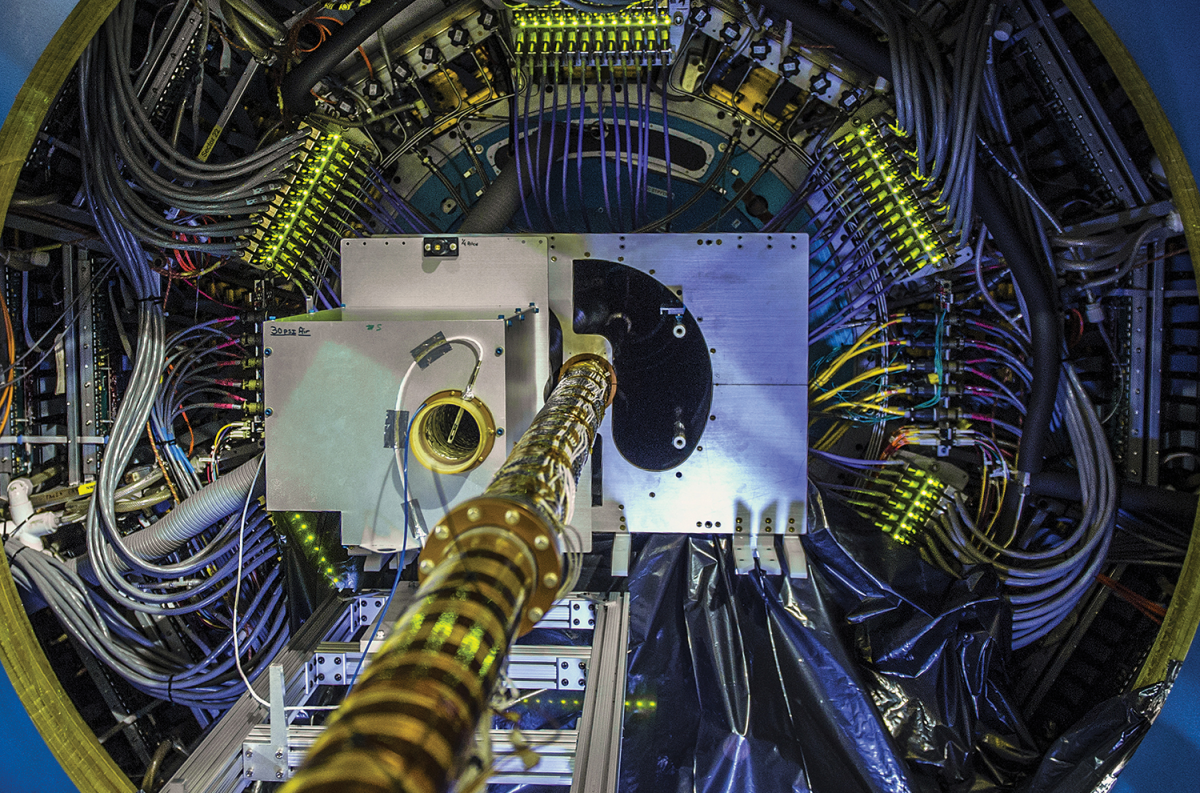 Relativistic Heavy Ion Collisions ram ions traveling at speeds comparable to the speed of light, by which physicists can study the primal form of matter that occurred in the universe shortly after the Big Bang. These impacts and the properties of the matter produced in them are the focus of research by experimental physicist Anders Knospe.

Knospe, assistant professor of physics, uses short-lived particles to explore quark gluon plasma, a fluid of subatomic particles produced in these heavy ion collisions. Supported by the National Science Foundation, he and his colleague at Lehigh, Prof. Rosi Reed, are building a detector component to be installed at the Relativistic Heavy Ion Collider at Brookhaven Lab in New York.

Knospe’s work focuses on heavy quarkonia, bound states of heavy quarks, specifically charm or bottom quarks. He uses them to probe quark gluon plasma that is produced in these ion collisions.

Quarks have a type of charge called color charge, which is only seen by the strong nuclear interaction, the force that holds the nucleus together. If you just have two quarks, sitting out in space somewhere, they can see each other's color charge, be attracted, and form a bound state, he says. But if they're actually sitting in a quark gluon plasma medium, that medium has color charge and will effectively screen the charge of the quark from the antiquark. They won't be able to see each other through all this other charged medium between them.

Bound states with different energies also have different radii, so it’s expected that loosely bound states will be screened more than tightly bound states. The strength of the screening effect also depends on the plasma’s temperature. So by measuring the relative suppression of different types of quarkonium, it’s possible to characterize the temperature of the quark gluon plasma. Essentially, these heavy quark bound states can be used as a thermometer.

The project’s goal is to learn more about the properties of this plasma, which will improve our understanding of the force that holds nuclei together and the physics of the early universe. “In order to measure the suppression of these different states, you have to be able to measure them really well. And that requires a very high-resolution detector.”