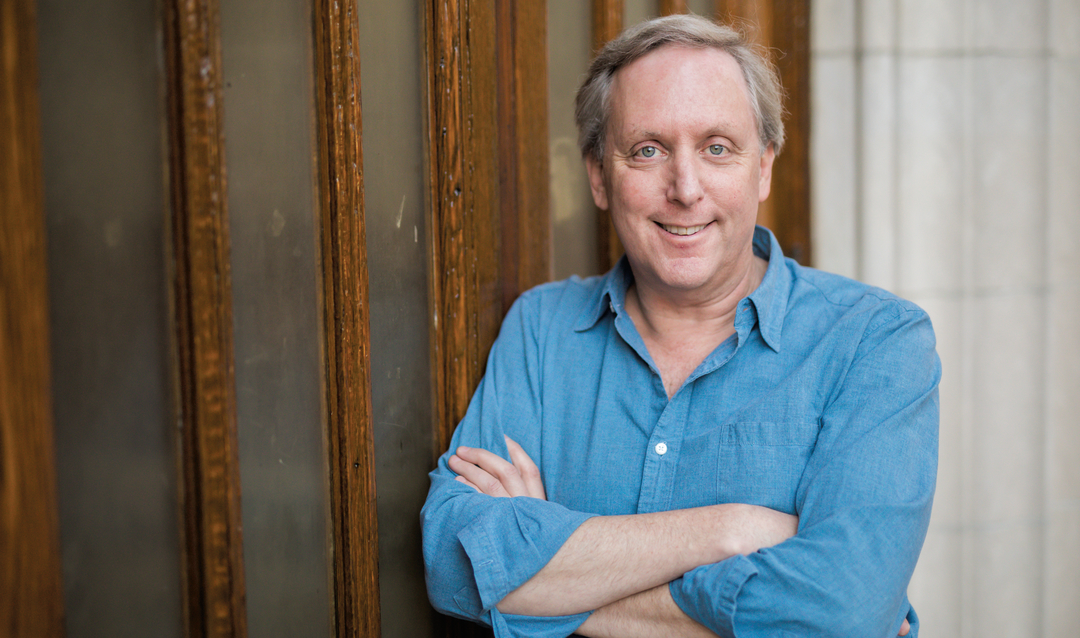 Seth Moglen, professor of English and Africana studies has received a Public Scholars grant from the National Endowment for the Humanities (NEH) to complete a book project tracing Bethlehem’s history, from its 18th-century founding to postindustrial present.

The Public Scholars program supports the creation of well-researched nonfiction books in the humanities written for the broad public. Moglen received a $60,000 award to work on the second half of his book, Bethlehem: American Utopia, American Tragedy.  Drawing on 25 years of interdisciplinary research in American Studies, the project offers a new narrative for a general readership about the struggle for democracy and equality over the last three centuries. Moglen, who is also the co-founder of Lehigh’s South Side Initiative (SSI), explores the relationship between literature and the politics of liberation in his research.

“Seth’s award is recognition of his continuing commitment to the people of Bethlehem and in particular its South Side,” said Robert Flowers, Herbert J. and Ann L. Siegel Dean of the College of Arts and Sciences. “The SSI creates an important connection between Lehigh and the Bethlehem community, and his fellowship is material evidence of the importance of public humanities at Lehigh and how humanists can create bridges between their scholarship and the public to foster important community engagement.”

Moglen’s book examines the continuing contradiction between egalitarianism and domination in American life through a poetic, accessible and carefully researched exploration of Bethlehem. It traces the 280-year arc of the city’s history, revisiting iconic episodes and motifs  in U.S. history and in the American popular imagination: the  spiritual city on a hill built into the wilderness; the immigrant industrial metropolis, engine of  American global power; the postindustrial crisis and its possible redemption by the glamor   of casino capitalism.

“The concept of the book is to treat the city as a microcosm of the nation,” Moglen said. “Like the United States as a whole, the city of Bethlehem has, from the beginning, been deformed by persistent practices of economic, racial and gender domination.  But this city, like other places on this continent, has also given birth to vastly richer egalitarian experiments than most of us realize.”

Bethlehem was one of the most egalitarian places in colonial America, he noted. The city was founded in the 1740s by the Moravians, who created a multinational utopian religious community characterized by exceptional forms of gender equity and racial integration, common ownership of wealth, and universal literacy.

“The Moravians abolished poverty in the middle of the 18th century,” he said.  “Many of the founders were peasants and artisans who had walked away from feudal estates in central Europe and they carried a peasant revolutionary tradition. They built a city in which no one feared destitution in illness or old age, in which all were cared for from birth until death.  As we struggle to understand today what an egalitarian community might look like, we should be inspired by the fact that our own city was founded by people committed not to the individual pursuit of profit but to sharing wealth equally.”

But Moglen hastens to add that the equality of this “city on a hill” was undermined in emblematically American ways by the enslavement of Africans and the theft of native land.  After one generation, the people of Bethlehem allowed their leaders to dismantle their successful communal economy and this led to the swift collapse of economic and gender equality.  “Our city was founded,” Moglen explains, “both in egalitarian achievement and in the fearful repudiation of that equality.  This is the paradox of our society.”

In its second major phase, Bethlehem emerged during the 19th century as one of the nation’s iconic steel towns, embodying both the aspiration and exploitation characteristic of full-scale industrial capitalism.  The Bethlehem Steel corporation shaped every aspect of life in the city for generations, creating fortunes for its owners, jobs for tens of thousands of immigrants from many nations, and the steel for a century of skyscrapers and battleships.  The city was also a company town, in which low-paid steelworkers were routinely maimed and killed on the job, and in which workers’ efforts to organize were suppressed through private armies and martial law.  Over three generations, steelworkers created a union that transformed the city into a model of working-class prosperity and democratized the workplace.  During the same era, other popular movements overcame racial and gender exclusion at Bethlehem Steel and Lehigh University (a research university built with steel company profits).

“Working people built a union in the face of extraordinary violence in order to secure decent wages, safe working conditions, security in old age and illness.  The steelworkers union set out to achieve many of the same things that those Moravian peasants aspired to, and they succeeded in impressive ways that we undervalue today,” he said.

In its third phase, at the turn of the twenty-first century, the collapse of Bethlehem Steel led to the loss of thousands of jobs, pensions, health plans and an entire way of life.  Moglen argues that a casino has replaced the steel plant; deed restrictions have prohibited the discussion of labor unions in the town square; and 90 percent of children in South Bethlehem live in poverty today.

“One of the things my book is trying to say is that if we rely on a simple narrative of linear progress, we will misunderstand the history of our city and our nation,” he said. “The Moravians achieved in the middle of the 18th century some forms of equality that elude us today.   Steelworkers and their families achieved through tremendous personal sacrifice forms of working-class prosperity and security that we then lost. The question, I believe, for our city is how to create a genuinely democratic, genuinely egalitarian community that builds on the achievements of our past.  And in order to do that work, we must also look, honestly and courageously, at the forms of domination that have scarred this city for three centuries.”

Moglen’s book departs from traditional conventions of historical narrative by telling the story of Bethlehem through a series of one-page long, metaphorically resonant vignettes.  Moglen calls these archival prose poems: each describes a moment in the city’s history or in the life of a single individual.

“This is an attempt to invent a form of writing that will be as accessible and as stimulating to my neighbors on the South Side as to scholars of American Studies,” Moglen said. “My goal is to write something deeply researched and also engaging, which will help people see the persistent struggle in this society between the desire for equality and the fear of equality.  If the book works, by the time readers are done, they’ll have ways of understanding how deep structures of domination have developed over three centuries. And I hope people leave the book with a sense of the inspiring visions of equality and democracy that working people have pursued in this place, generation after generation.”

Throughout his career, Moglen’s scholarship has focused on the role of literature in the development of movements for economic justice and for racial and gender equality in the United States. Over the last fifteen years, he has become increasingly committed to the public humanities, collaborating with artists, activists, civic leaders and residents from across the city. Humanistic knowledge is too precious to be confined to the university alone, he posits, and scholars need to find ways to share their work broadly and to produce research more collaboratively with people outside the university.

The South Side Initiative brings together Lehigh University faculty, students and staff with the people of Bethlehem in order to share knowledge, foster democracy, and improve the quality of life in the city.  Since its founding in 2007, SSI has sponsored dozens of courses focused on the past, present and possible futures of the city.  Thousands of residents have participated in SSI events and joined Lehigh faculty and students in multi-year research projects.  SSI has been recognized as a national model for democratic university-community collaboration and public humanities research, including in recent reports by the National Academy of Arts and Sciences and the National Humanities Alliance.

“My book has grown from SSI’s vibrant network of university-community collaboration,” Moglen explains.  “It’s an attempt to contribute to a new public humanities paradigm.”

“Lehigh is emerging as a national leader in the public humanities,” Moglen says.  He points to the fact that the current director of SSI, English department colleague Mary Foltz, has also received a competitive national fellowship this year. The Literature and Social Justice initiative in the English Department is providing training to graduate students in the public humanities and is showcasing the public collaborations of many department faculty and students.  “Humanists around the country are trying to break free from constraining habits of hyper-specialization and are developing new strategies for reaffirming the civic mission of the humanities,” Moglen says. “It’s exciting to see Lehigh humanists playing a role in that transformation.” 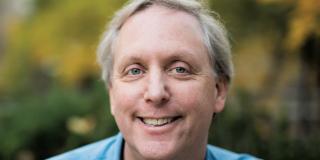