Bob Teufel ’ '59 ’91P ’16GP Gives Praise and Thanks to Lehigh
Bob Teufel ’59 ’91P ’16GP is not sure if Professor Joe McFadden was just drumming up new students or if he really was sincere when he told him to consider majoring in journalism because his first Brown and White article was that good. Either way, it started Teufel’s path to a career of a lifetime—from copy editor to president—all at Rodale, a powerhouse in the publishing world.
“I think I was Shanghaied,” says 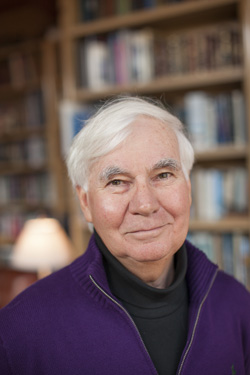