Now 40 years old, hip hop has evolved from being a local art form found on the streets of New York’s South Bronx to an international phenomena shaping a generation. The art form has created new paths in fields such as art, fashion and music, and for Monica R. Miller the intersection where religion meets hip hop is of particular interest. 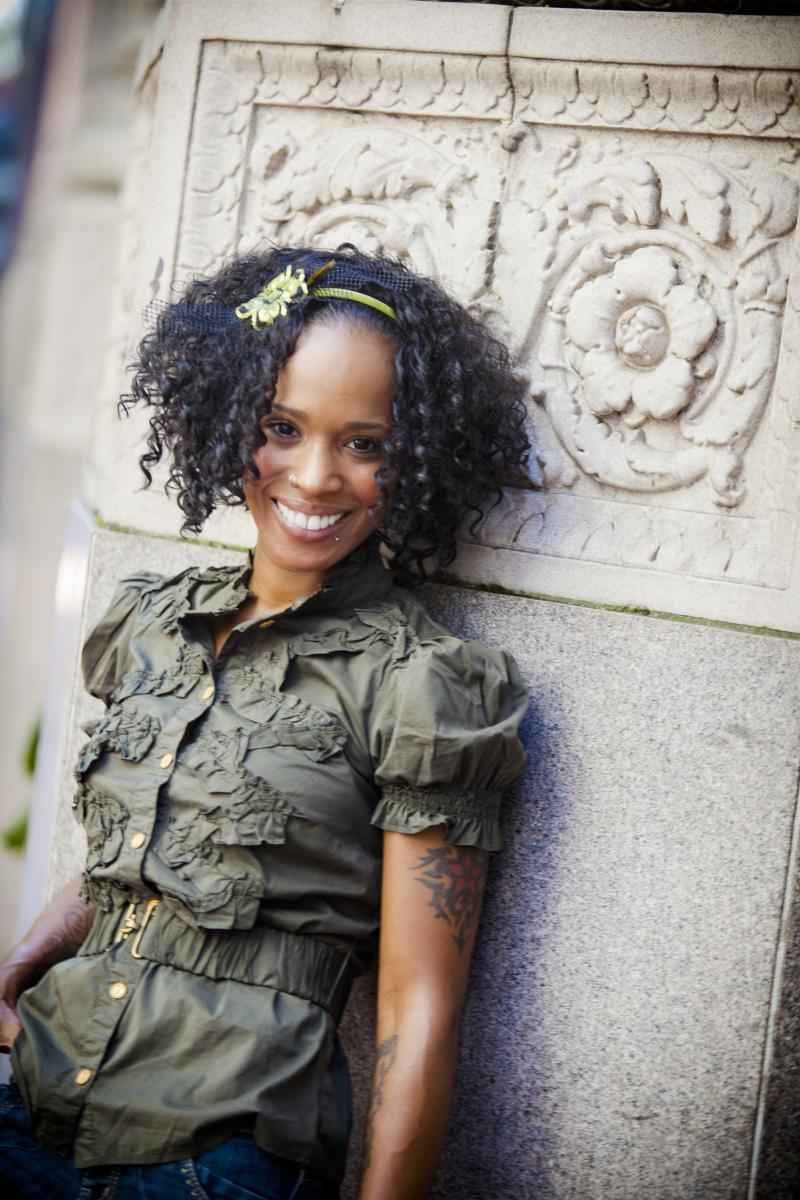 Miller, assistant professor of religion studies and Africana studies,examines what uses of religion in hip hop culture accomplish for competing human interests.  Her work is challenging current approaches between the two which often limit the study of hip hop to rap music.

“We know hip hop to be bigger than that,” says, Miller, who is also director of the women, gender and sexuality studies program. The author of Religion and Hip Hop, she argues that scholars often analyze religion and hip hop from a sacred versus profane approach.

Along these lines, she also explores why hip hop is often constituted as an illegitimate object of study in academia. “I don’t see an oppositional antagonism between hip hop and religion. Greek mythology is respected but hip hop culture is often not. Hip hop now has this global edge to it which forces us to be more expansive, flexible and careful with and about our claims and analyses,” she says.

Miller’s work is shaping a new area of study in the field of religious studies and is co-author of a forthcoming reader The Religion and Hip Hop Reader with Dr. Anthony B. Pinn of Rice University along with Religion in Hip Hop: Mapping the New Terrain, co-authored with Pinn and Houston-based rapper Bernard “Bun B” Freeman.

As part of a larger project examining strategies of identification and cultural change, Miller is a member of Culture on the Edge, an international scholarly collaborative housed at the University of Alabama, Tuscaloosa’s Department of Religious Studies that explores common scholarly assumptions surrounding claims and contradictions to and about identity and the historicity of the origins of identity. The core of the collaborative effort is grounded by the assertion that there is no such thing as identity, only operational acts of identification.  As part of the project, the collaborative is helping shape a new book series, Culture on the Edge: Studies in Identity Formation, where Miller is editing Claiming Identity in the Study of Religion: Social and Rhetorical Techniques Examined, the first volume in the series.

Based on her learnings from the collaborative, Miller is embarking on a new study, titled “New Black Godz,” which examines the manner in which god talk in popular culture often serves as proxy for legitimating societal and group recognition of identities on the “edge.” Additionally, along these lines, she’s currently interested in exploring how technology and religious rhetoric in popular culture provides alternative mappings and ways of understanding Diaspora, exile, difference, social mobility, and change in identity and culture over time and place.