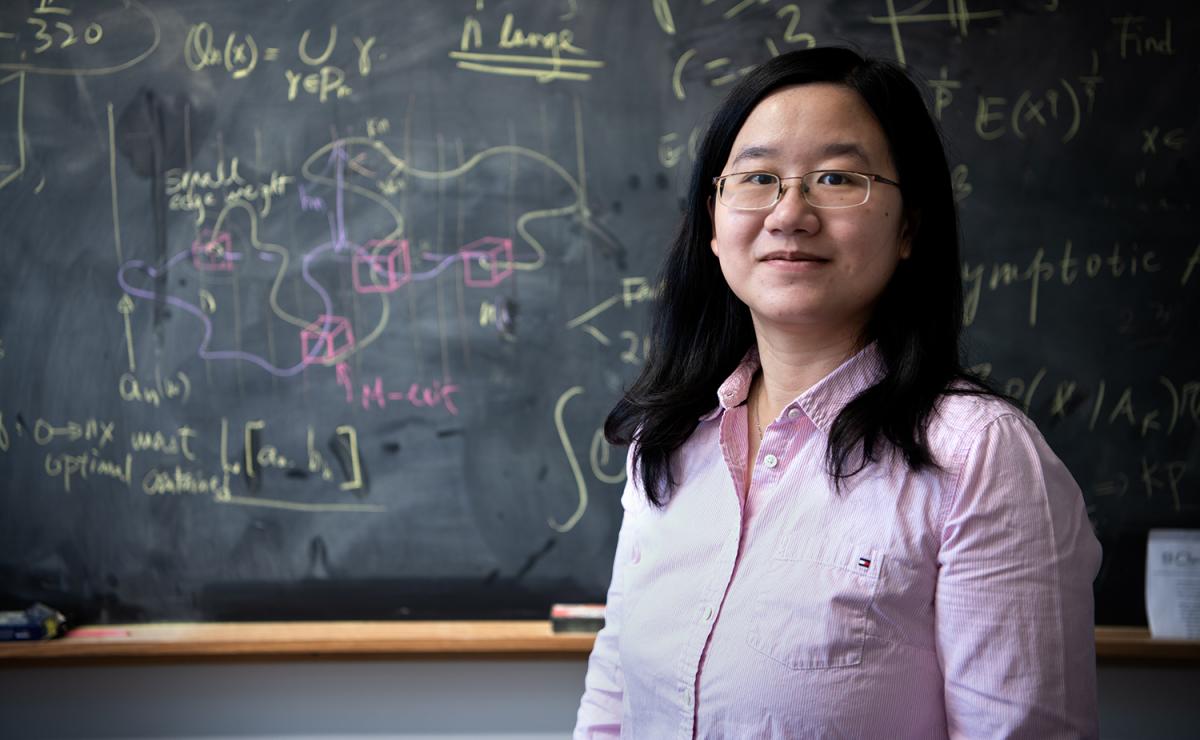 Many natural systems, such as ecosystems, are examples of complex systems comprised of a large number of connections with interactions among them. The study of such stochastic models, where uncertainty and randomness are present, and their applications are at the heart of research by mathematician Si Tang.
Supported in part by a grant from the National Science Foundation, Tang’s current research focuses on three stochastic models that arise from natural systems with complex behavior, such as phase transition, self-organization and chaos. The first model is called ﬁrst-passage percolation (FPP), which describes how “particles” spread in a random environment. FPP is often used to model ﬂuid ﬂow in porous media or the growth of tumor or bacteria cells. The second model, called the spin glasses, describes some unusual magnetic behavior of alloys such as aging. The last model uses a set of ordinary differential equations to describe the dynamics of large complex ecological networks, and the goal there is to understand the relationship between complexity and stability in large ecosystems.
“With first-passage percolation, think of water drops on a stone. The water molecules pass through the pores inside the stone at a certain speed, which can be modeled mathematically by some random variables. Eventually, the shape of the wet area will displace some pattern,” says Tang, assistant professor of mathematics. “And in the other project, consider atoms in an alloy, and they each interact with other atoms that are nearby.
“Generally speaking, my research focuses on how simple rules between those particles at the microscopic scale may give you dramatically different behavior, when a parameter changes only a little bit. In statistical physics, this is called phase transition,” Tang says. “For example, in the spin glass model that I am studying, temperature is a critical parameter. In this model, when temperature is low, the atoms will prefer to stay in one or a few low-energy states and the metal will display some magnetic feature. When temperature is higher, the atoms will lose such preference and may rearrange themselves arbitrarily. And eventually, the metal is no longer magnetic.”
The results obtained from these projects are not only important in probability theory, but also have wide applications in other branches of sciences, such as biology, statistical physics and data sciences.