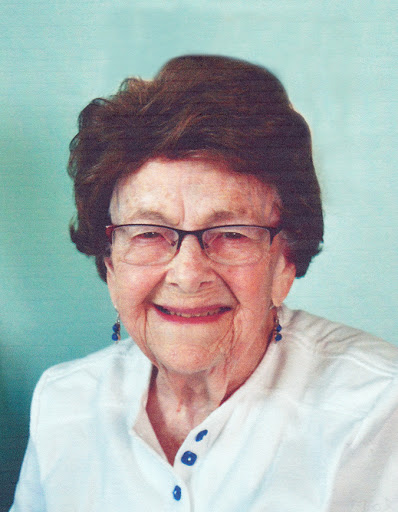 Alice Eckardt, professor emerita of religion studies, died recently in Coopersburg, PA, at age 97.  A member of the Lehigh faculty from 1972 to 1987, Eckardt was a founder, along with her colleague and husband, the late A. Roy Eckardt, of Lehigh’s nationally and internationally known Jewish Studies program. She was a leading figure in both the study of and the struggle against hatred of Jews.  The Eckardts were pioneers in the early 1970s in the establishment of a religion studies department focused on the inclusive multi-disciplinary and cross-cultural study of religion as distinct from Christian theological studies.  During the 1980s and 1990s, through the Eckardts’ guiding inspiration, the size of the department grew while its faculty contributed to the academic prominence of the College of Arts and Sciences.
“Alice Eckardt was a visionary scholar who played a central role in the transformation of the Department of Religion Studies here at Lehigh, as well as the field more broadly,” said Hartley Lachter, associate professor and chair of religion studies and director of the Berman Center for Jewish Studies. “Through her efforts, Alice helped to create a rigorous and intellectually vibrant environment for the academic study of religion. Her keen insights and warm collegiality continued to enrich our department until the very end of her long and remarkable life. Alice will be dearly missed by all of us."
The events of World War II, including the destruction of synagogues and the imprisonment and murder of Jews, convinced Alice Eckardt that she wanted to educate people about such injustices to ensure they would never again happen. She earned a Bachelor of Arts from Oberlin College in 1944 and a Master of Arts from Lehigh University in 1966 where she taught throughout her career. She served as a lecturer in the religion studies department, became an assistant professor, established the Jewish studies program and advanced to the role of full professor before she became professor emerita in 1987.  She wrote more than 200 scholarly articles and delivered talks for over her decades-long career. With her husband, Alice Eckardt co-authored three books: Encounter with Israel: A Challenge to Conscience (1970), Long Night's Journey Into Day: Life and Faith After the Holocaust (1982), and A Revised Retrospective on the Holocaust (1988). The Eckardts played an important role in the development of the American Academy of Religion, and editing of the early volumes of that organization's international scholarly journal, JAAR (originally called the Journal of Bible and Religion).
In addition to her time at Lehigh University, Alice Eckardt was a member of the Christian Scholars on Judaism and the Jewish People from 1973 to 2015 and was a board member of the Institute for Jewish-Christian Understanding at Muhlenberg College from 1989 to 2017. She served on the board of directors at the Anne Frank Institute, was on the National Advisory Board Foundation to Sustain Righteous Gentiles from 1987 to 1989 and was a founding member of the Citizens Advancement Committee for Southern Lehigh Schools. She held a membership with the American Academy of Religion, the American Professors for Peace in the Middle East, and Lehigh University Women’s Club. She also advocated for the changing roles of women in churches. Appointed as special consultant to the President's Commission on the Holocaust by its chair Elie Wiesel in 1979, Alice Eckardt served as special advisor to the U.S. Holocaust Memorial Museum in Washington.  As an indication of her impact, she was awarded the Human Relations Award from the American Jewish Committee and was featured in the fourth edition of Who’s Who in Religion.
With her customary energy and moral concern, Alice Eckardt pursued these activities to the end. "It's shocking to realize that a large proportion of America's younger generations do not know the terrible history of the Holocaust," she said recently. "Students ought to know what dreadful things have been done, particularly to minorities whether they are religious or racial."
When the religion studies department received a $50,000 anonymous gift in 2011, it was decided to be used to establish a three-day annual residency to be known as “The Alice Eckardt Scholar-in-Residence” Program.  It has brought to campus such distinguished scholars as David Morgan, Mary Jane Rubenstein, Kathryn Lofton, Stewart Hoover, Courtney Bender, Russell McCutcheon, Jeffrey Kripal, and William Hart to engage with both Lehigh faculty and students. This past fall the department hosted the eighth lecture in that series.
Alice Eckardt’s groundbreaking scholarship, dedicated teaching, and indefatigable good cheer served as a model for the religion studies at Lehigh.  Her spirit continues to pervade both the Eckardt Scholar in Residence program and the enduring presence of her intellectual courage, ethical conviction, and humanistic hutzpah.
She is survived by her two children, Paula and Steve, and her four grandchildren; Jesse, Liz, Steph, and Devlin.