Skip to main content
Harsh blame can be detrimental to relationships and is the focus of research by Michael Gill. 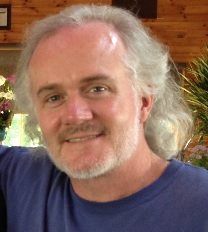 It happens every day. A husband blames his wife for her perceived shortcomings. Workers blame a supervisor for his office bullying. One social group blames another for the social problems in their community. Sometimes, blame can be constructive and can motivate its target to change. All too often, however, blame is overly harsh. Harsh blame can be detrimental to relationships and is the focus of research by Michael Gill.

“Blaming permeates every type of human relationship,” says Gill, associate professor of psychology. “Whether it’s intergroup or interpersonal, the way we handle situations in which we disapprove of another’s behavior has a tremendous impact on relationships and on society.”

“The story provides an understanding of the process by which a person or group came to have some objectionable quality,” he says. “Historicist narratives are quite effective at removing harshness from blame responses.”

To date, Gill’s published work has centered on demonstrating that historicist narratives can temper blame (other researchers had cast doubt on this possibility) and on providing a thorough examination of why they do so. He has shown, for example, that perceptions of the extent of the transgressor’s prior emotional suffering and perceptions of the degree of intentionality behind his bad actions cannot account for the effect of historicist narratives. What does?

“The story provides an understanding of the process by which a person or group came to have some objectionable quality. Historicist narratives are quite effective at removing harshness from blame responses.”

Funded by a College of Arts and Sciences New Directions Fellowship, Gill is now taking his lab work into real world contexts. As one part of this project, graduate student Stephanie Cerce will study blame within married couples. She will have one partner identify an aggravating characteristic of the other. After identifying the characteristic, some partners will be induced to generate a historicist narrative about it, whereas others will not. The goal is to examine whether narrative generation impacts the quality of subsequent communication between the partners (e.g., is it more supportive, less hostile). Other planned activities include trying to understand when and why jurors—in realistic “mock jury” contexts—will be receptive to historicist narratives regarding criminal offenders. Existing research suggests that jurors are often dismissive of such narratives. This work will have implications for how to bring an element of mercy into the criminal justice system, which existing evidence suggests has beneficial effects on important outcomes such as criminal recidivism.